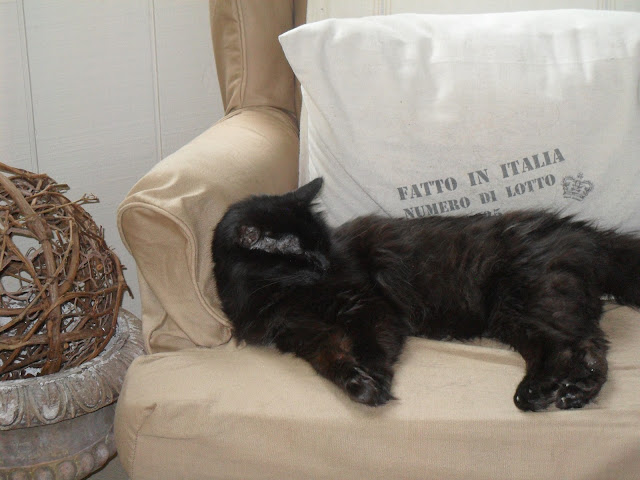 Hi, everyone!  Today I'm veering off of my normal 'decorating' topics to introduce you to one of my babies cats.  This little sweetie is Cole (named so because he's 'coal black'-clever, yes?  no? well I amuse myself, at least...)  Anyway, he's really hard to get a good picture of because every time I walk near him with a camera he gets up and comes to greet me, and he won't stay still.  Our other cat, Bobbi, is so photogenic, and she has a million looks; Cole, on the other hand has ONE look (Keith and I call him 'Zoolander' which you'll get if you've seen the movie-ONE look.)  But Cole is extra special, and I'll tell you why... 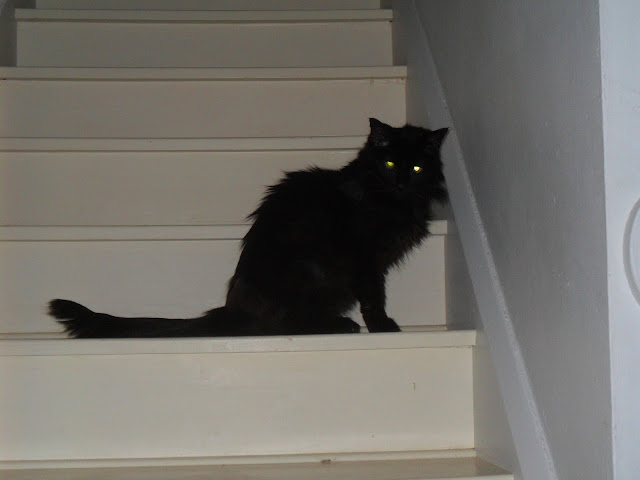 About 3 years ago we had to put our beloved cat Zeb to sleep (I had had him for 18 years, and he'd been through so much with me!) and I was an absolute wreck.  I cried so hard during the week after that my eyes became swollen shut.  About 6 months later, I was in no way ready for another cat (or so I thought) when Cole showed up on our back stoop and wouldn't leave.  We'd had other strays in the neighborhood come and go, but this was different. He just camped out there pretty much 24/7.  We were leaving for vacation to Vegas, and it was getting cold out, so I said to Keith, "Ok, if he's still here when we get back, we'll have to take him in."  I didn't really think he'd still be around after almost 2 weeks of us not being here to feed him. 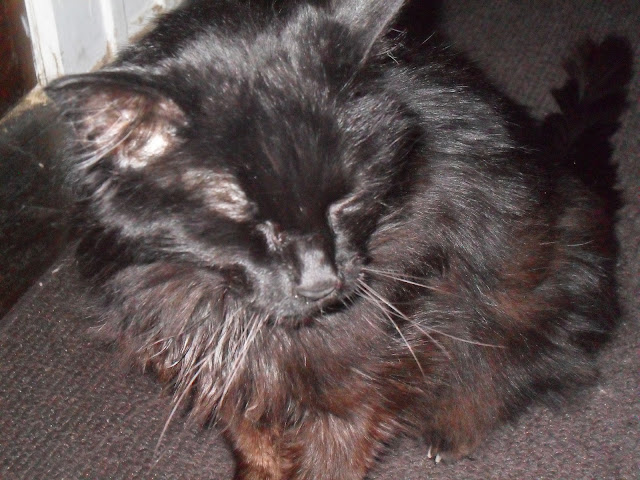 Well we got back, and you guessed it...he was still here!!  It broke my heart to leave him out in the cold, so of course we took him in.  He instantly became my little shadow.  Zeb used to sleep by my head every night and sometimes snuggle with me, and Cole does the same thing!  Every night we have our little ritual:  I walk to bed and he follows me, then sits at my feet and lifts his front paws, waiting for me to place him in bed beside me-it's the cutest thing!  I honestly believe that God put him on our back stoop as a special gift just for me!  He knew that I was still missing Zeb, and that Cole would be the perfect cat for me-sweet and snuggly! 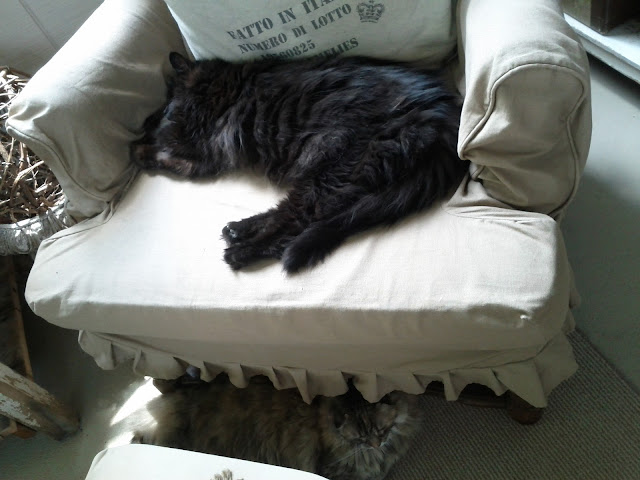 (Notice Bob on the floor?)  I had to take Cole to the vet a couple of days ago, and unfortunately the vet is very concerned about his one eye.  It's always been kind of 'cloudy' but it's getting worse and the vet doesn't know why, so he referred me to an animal ophthalmologist-I never knew there even was such a thing!  I'm taking him next week (the nearest specialist is about half an hour away) and I'm hoping and praying that it's nothing serious.  Poor thing.
Well, I'll leave you with a picture of Bob in one of her adorable poses (yes, napping counts as a pose :)  Don't let her sweet face fool you...she once swallowed a huge wad of string (which we still don't know where it came from) and she had to have emergency surgery to have it removed...very traumatic and NOT cheap!  What we do for our fur babies! 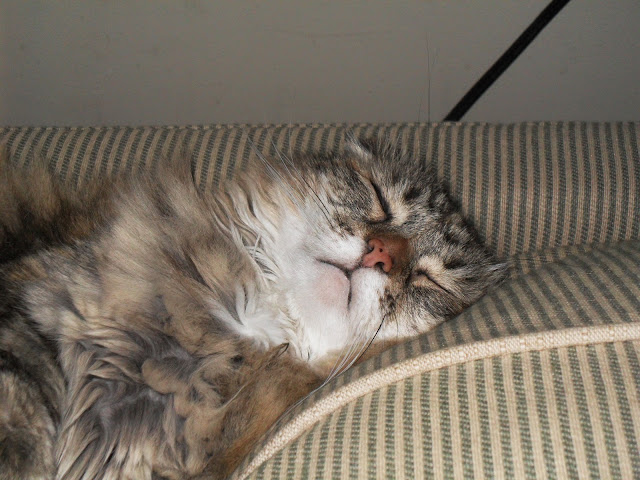 She's so ornery, but she definitely keeps us entertained!  Hopefully this pic of her will make you smile!  Thanks so much for stopping by, and have a fantastic day!  (Oh, and I'll soon be announcing the winner of my giveaway! :)
Posted by must love junk at 6:00 AM 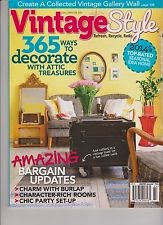 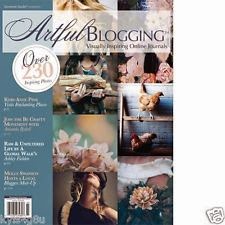 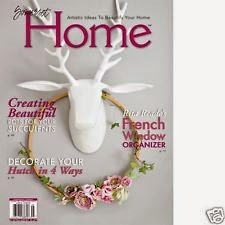 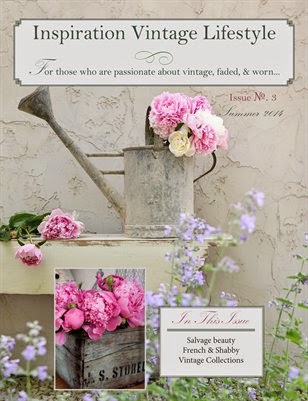 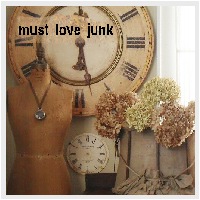 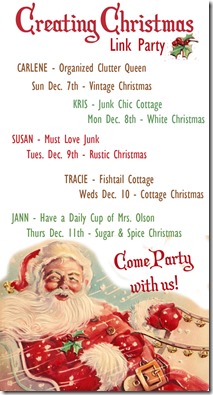 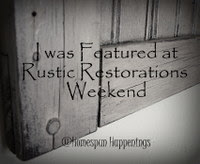 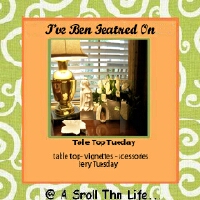